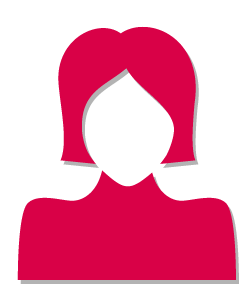 How To Prevent Invisalign Aligner Clouding

The idea of wearing metal braces as an adult may make you cringe. If this is an issue for you, then you should look into clear Invisalign aligners instead. Aligners can work well to move teeth, especially when mild occlusions are noted. However, there are a few issues you may run into when using the braces, like clouding. Clouding can be avoided fairly easily with a few tips:

A cloudy film can appear on your clear aligners for a variety of reasons. The film may have formed simply due to the drying of the saliva on the plastic. This film is mainly caused by the mucus in the fluid. You can avoid this film issue by making sure to rinse the aligners thoroughly every time you take them out of your mouth. Rinse with cool water and then place them in your Invisalign container until you are finished drinking, eating, or brushing your teeth.

Do not make the mistake of soaking the aligners in mouthwash, even if you want a fresh mouth. Mouthwash can worsen the appearance of the film by discoloring the plastic and also drying it out and causing it to crack. Swish the mouthwash around in your mouth instead and opt for a tartar control product. This can help to keep plaque and tartar from building on the teeth and causing an even larger clouding issue.

Use The Right Disinfectants

Clear aligner trays can build a layer of bacterial film over time. This film can cause the same clouding issues as saliva, tartar, and plaque can. If your aligners smell a bit, then this may be the issue and a disinfectant can help to release the film from the trays. However, certain disinfectants can etch or eat through the aligner plastic and cause the to appear even more cloudy.

Disinfecting agents like bleach, vinegar, and denture cleaners are all a bad idea. First, start with an antibacterial soap and rub the aligners gently with a cotton cloth. If you still see a film, then purchase an Invisalign aligner cleaner. Tablets cleaners that allow you to soak the trays are a good choice. You can either place the tablet in water directly in your tray holder or you can fill a glass with water and place the tablet and trays inside.

Some people choose to use ultrasonic cleaners to release the aligner film. However, since aligners are usually switched out every two weeks or so, the expense is not often worth it. You may want to invest in an ultrasonic cleaner once you receive your final retainer though because you will not be given a replacement once the retainer is provided to you. Dentists like Crest Hill Family Dental will be able to offer more information on keeping your Invisalign clean and clear!